Over the course of the last few weeks, I have been spending an exception amount of time learning about concepts behind the process of successful business online marketing.  This blog article will spend a brief amount of time discussing the process of where I went to learn this information, as well as how I went step-by-step in the process of establishing our  Social Media Marketing Funnels .      To discuss how we have structured our  Social Media Marketing Funnels , we have included a diagram that was initially produced to illustrate how each one of our social media platform would feed potential customers/users through a roadmap connecting our different platforms content to increase a unified flow of content curation.  This unified flow of content curation operations of the premise of interacting differently with each potential customer depending upon the “stage of interaction “they are currently located; with regards to our company’s brand recognition and content messagin
Post a Comment
Read more 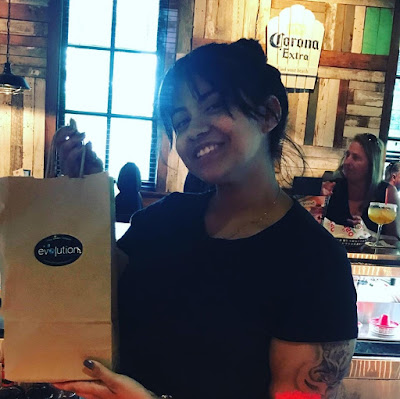 The concept of a  Swag Bag  was initially discussed at a  Marketing Margarita Thursday  at  El Paso in Mandeville, LA ; between Jacob Stagray and Devin Reeson.    The concept of brand “Swag Bags” full of unique  Evolution Through the Ages  merchandise would be assembled for giveaways to our fans and social media audience members.    The term arose because  swag   is the stuff in the   bags   for plunderers alike.       This idea, as previously referenced began with a simple conversation.   The conversation began by discussing potential for additional merchandise for the company.  Items that were discussed during this initial conversation included:  Refrigerator magnets, re-usable cloth bags, hand sanitizers, car decal/magnets.      It was brought up that although Jacob Stagray (CEO) would love to have additional ETA products with the company's trademarked brand; aiding to continue to establish the company's overall brand exposure.  However, Jacob believed the
Post a Comment
Read more

Micro Creatures Compilation from Evolution Through the Ages

Like this article or others on our blog page? Have you subscribed to our blog to receive updates of when we post new content yet? If not, we'd greatly appreciate you clicking that subscribe button on the top of your screen. Additionally, Don't forget to subscribe to the Evolution Through the Ages Email List! Receive all of the latest game updates plus a ton of extras that you won't find anywhere else! Fill out the form and "opt-in" to our emailing list.
Post a Comment
Read more

Squirrel Rehabilitation Series:  Part 1 - Is this Squirrel Truly an Orphan?       As many of you know from our posts early in the year, in 2018 Evolution Through the Ages CEO (Jacob Stagray) was responsible for the successful rehabilitation of a 3-week-old baby squirrel.  This process was extremely intricate and required an exorbitant amount of energy and focused commitment. Although this process required ample time and energy, t’was an exceptionally worthwhile and rewarding experience; however, if not performed properly, rehabilitations of baby squirrels can have deeply saddening and traumatic results (baby squirrel death). For this reason, when I began my squirrel rehabilitation endeavors, I began by scouring Google to find articles on the most effective process to ensure squirrel survival.  The following was my primary resource for educating myself in proper care techniques for orphaned squirrels: http://www.orphanedwildlifecare.com/squirrelcare.htm     This i
Post a Comment
Read more
More posts